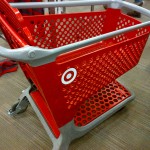 Having a Gifted Child is a blessing, raising a Gifted Child can be a challenge. My son has been able to comprehend adult conversations since he was about 3 years old. We have never been able to “talk around” things when he was in the room because he could still figure out what ever it was we were discussing. He was also able to speak in complete sentences like an adult. Most of the time this was cute but sometimes it meant trouble.

This story takes place when Little Dude was about 4.

One morning before work the Hubs left me a list of things to pick up at Target. He said he would leave the money and the list by my car keys. I called him later to let him know I found the list but not the money. He had forgotten and I said “That’s ok I’ll use my credit card and get the cash from you later.” No Biggie. Off to Target we go.

As soon as we walked through the door the Little Dude wanted a hot dog so I said, “I can’t get you a hot dog I didn’t bring any money”.

We picked up the items on the list as well as a few other things I thought we might need (because that’s what you do at Target) and our total came to just over $100. As I was reaching for my wallet to get my credit card the Little Dude proclaims, “My Mom can’t pay you, she doesn’t have any money but my Dad will give you the cash later.”

Gasp! As I am trying to wind my jaw back up from the floor and force a smile the cashier proclaims (loudly) “Mam, how will you be paying today?” I fumbled through my bag, found the credit card and COULD NOT get out of Target fast enough. I felt as though every eye in the store was on me.

When we got to the car I asked, “Dude? Why would you say something like that, you know we aren’t supposed to talk about money with strangers! That embarrassed me!” And his reply, “Well I just thought that if you didn’t have $1 for a hot dog then you probably couldn’t afford all that other stuff that wasn’t on the list.”

Needless to say until he was bout 10 years old I did not go to Target with out enough cash to buy a hot dog.

“A person is a person, not matter how small.”
– Dr. Seuss, Author